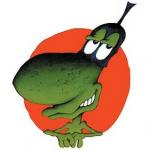 Some pages on Firefox 5.0 such as YouTube, Hotmail, Wikipedia show an ugly gray button on top of the page which expands to a "This page is safe" BDAV Plus 2012 subscreen with Sandbox, Settings and ON/OFF buttons.

I do NOT want this gray wart to appear on top of the text or pictures I am browsing, but I can't find a way to remove it.

I set "Show Bitdefender Toolbar" to OFF in Privacy|Manage Rules|Antiphishing.

There's no Bitdefender plug-in or extension in Firefox either, so I can't disable it the normal way.

Does anybody know how to get rid of this button that hides part of the browser's content?

I'd prefer to keep the antiphishing protection on if possible, but getting rid of this gray button is even higher priority to me.

I tried to set every antiphishing setting to OFF but it didn't help.

«12»
This discussion has been closed.