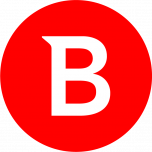 
In researching the optional .NET reliability update in Windows Updter, I ran the little known dotNETInspector by Firedancer Software for the first time in almost two years.  Long before I started using IS 2016 in December, 2015.


Upon opening dotnetinspector.exe it connects to hosting24 dot com to check for updates.  Knowing this I found it strange I had not been presented with an alert.


An allow rule had been built silently.


When first testing Paranoid mode I fully remember running the mostly unknown Off By One browser, ob1.exe, and acted upon the alert.


Today I deleted the rule for ob1.exe and it too was allowed and a rule built without an alert.

I also recall that until IS learned by rule most of my network programs (Internet and LAN) the alerts were diligent, which is what I wanted.


In looking through the rules I have noticed several other programs that have allow rules which were built silently, some of them I would have blocked.  Like a productupdater.exe for a recently installed program which otherwise has no need for the Internet.


Many other recent silent allows built for stuff in C:\windows.  Folders system32, servicing, syswow64 and so on.


Early on I remember noticing that the alert was active for MS stuff, like mscorsvw.exe.


In that BD didn't deem it necessary to time stamp the rules I can't even speculate when Paranoid broke. 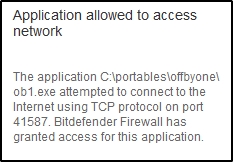 Hackers took down and defaced several Ukrainian government websites after diplomatic talks between Ukrainian, Russian and US officials reached a dead end on Thursday.

‘Less is more applies’ perfectly to exploits targeting iOS. They are rare, but can inflict major damage..