Get Android Engine back on Virustotal ! 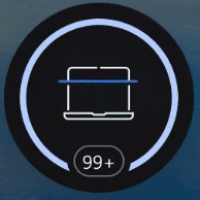 To ease job it is requested to share this with the respective team which deals with it.

It is requested if you cannot bring the android engine to windows/ mac product again, kindly at least bring the engine back to virustotal, because it is really important. Like if I calculate in a month I send around 500-600 android hash only to the research team to check for which some detections get added and for some I receive answers as detection already available.

Now if there will be a reintroduction of android engine in vt, then it will be easy for me to check the android hash and see if bitdefender detected it or not. This will also save research team time, since they will not have to download samples from the hashes which have already been detected.

Hence, don't take it as a feedback because from the past more than a year I have been requesting this feature to get implemented again, directly implement it.

Now, sometimes in one go i send around 100-150 hashes at a time, so suppose if all the hashes are detected by bitdefender, but since i have only hashes and not apks, i will send the hashes to research team, research team will download all the sample from hash one by one, imagine the time taken and then coming to know that samples are already detected. This will lead to waste of time and in that time the research team could have dealt with other samples undetected by bitdefender.

So implement android engine back to virustotal.

I will be waiting for a response from the relevant team on this.

We are currently working on it, however we do not have a definitive date on when it will be available.