I logged in to my computer this morning and was greeted by ads on my desktop from Bitdefender.

The first is a white box with no way to close it with the text "Threats to your privacy keep diversifying. Your e-mail, your messaging, your entire Web presense and activities can be targeted."

After about 10 minutes of being logged in, a second ad appeared over the first. 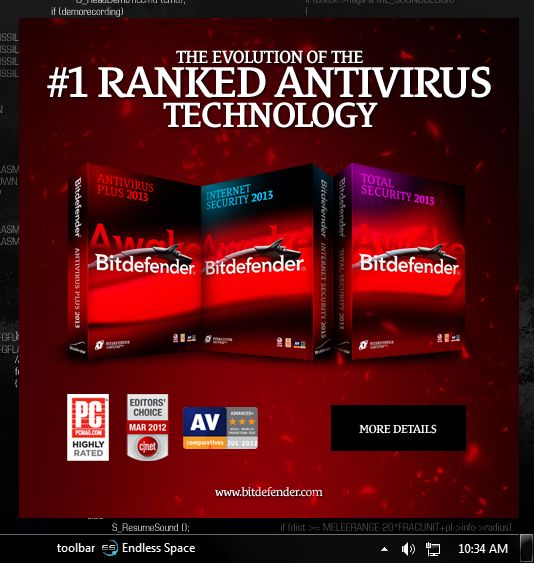 First of all, why is Bitdefender installing popups on my computer? I paid for their software, to help fight this type of thing. Secondly, how do I close these popups and stop them from popping up again in the future?