Ransomware Remediation Missed, Disappeared or is a Glitch??

i'm new on this forum and surprisely the new build of Bitdefender 23.0.11.48 has missed the Ransomware remediation on the protection tab or is a glitch (moved in the right causing impossible to disable or adding/managing exclusions and also enabled the feature)

Note: the image is for the spanish version of Bitdefender because in the spanish forum only have Business topics for endpoint versions. And also i'm not talking so much english but using the translator for english->spanish. 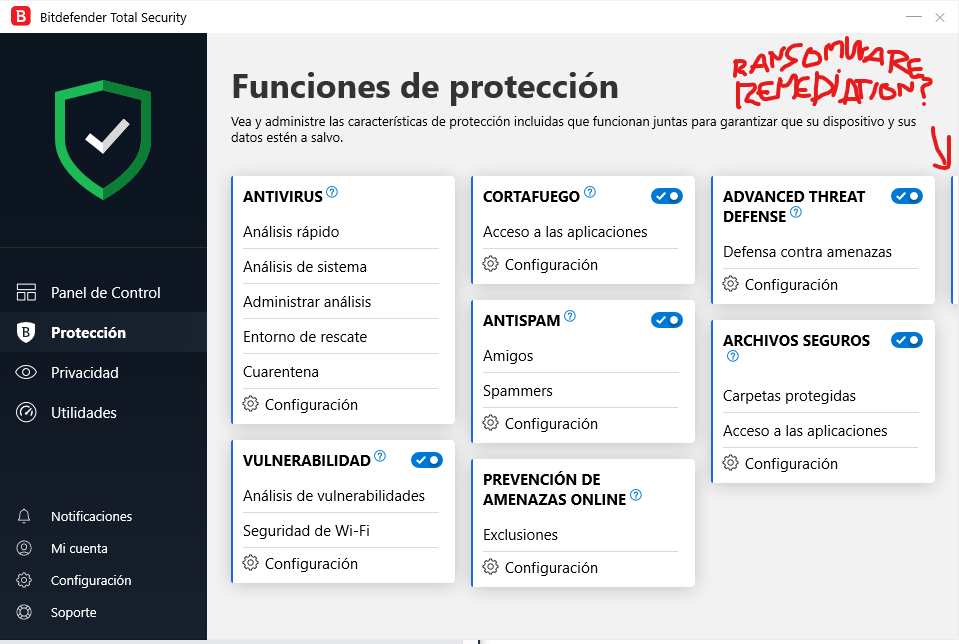