Hi: Starting today, BitDefender IS 2013 is popping up huge, annoying advertisements for other BitDefender products. How do I disable this "feature"? The reason I installed BitDefender was to avoid this type of spam. I cannot seem to find the option in the BitDefender settings labeled "Turn off annoying BitDefender spam popups." I'm running Windows 7 64 bit.

Here is a screen capture of the pop-up advertisement. Note that it is super huge, to be as annoying as possible: 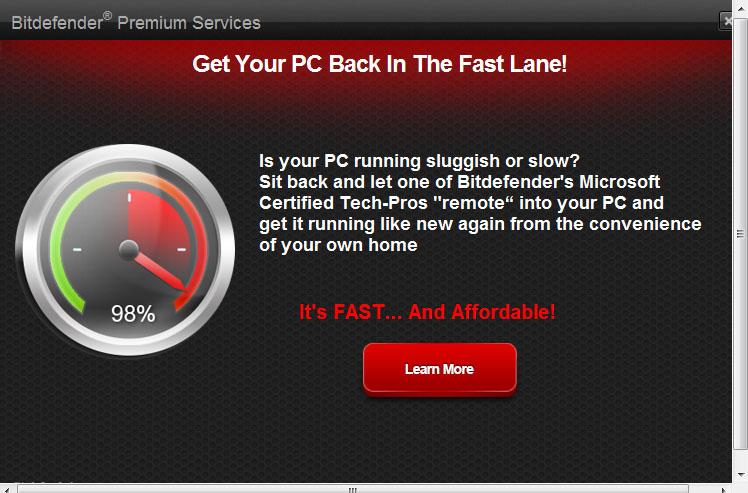