2019 Update - only Chrome with https problem + other major issues

I have read of various people's problems with the 2019 update and I'm getting similar issues.

1) Only Chrome seems to be affected by the https problem, but only on some sites. I can't make exceptions to all the sites affected as that's a pain and the wrong solution. For the moment I've had to disable the Encrypted Web Scan but this causes BD to show I have issues with a big red cross showing in the on-screen widget. Other browsers seem unaffected by the https issue. I tried copying the "fake" cert as suggested in another ticket but this did nothing to solve the issue.

2) It is not good that now in the 2019 version that the AutoPilot is on by default and I can't switch it off - this causes so many issues of things being blocked without me adequately being informed. I don't get it - why? Today on reboot trying to solve other issues caused by BD 2019  I got the attached message (see image) 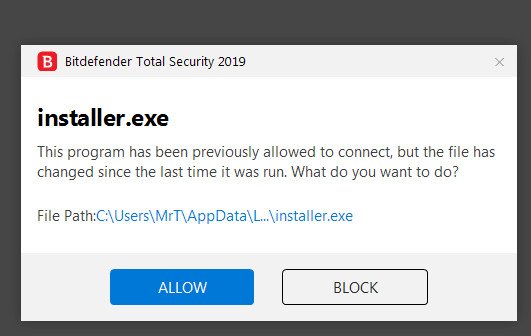 Please could you tell me what use this message is. It's not telling me anything.

I can do nothing useful with that message, I have no idea what it relates to and where to fix, allow it or what it pertains to. I clicked it and I'm not sure but a file explorer window popped up and took me to a temp dir with some BD files in it !!!! - The message popped up twice and I neither allowed or blocked it, but both disappeared within a few seconds - if I hadn't been present I would have no idea they happened. If I look in the  Protection>Firewall >Application Settings I see:

This perpetually says "now" and there's an earlier one from when I rebooted the system.

I am also now seeing:

I don't know when that one happened and I have no messages popping up about it about it so what on earth is BD stopping amongst my vital and complex system processes???!!!. I've a feeling BD 2019 is really breaking my nice stable Win 7 64bit Pro system that I've had running reliably and without problems or infections since 2010.

BD 2018 made a mess of things when it was released and this 2019 update is being pretty similar.

Please tell me what to do to fix things ASAP. BD 2019 has so far crashed my system on initial install/update (and I had to dskchk repair my SSD, it also caused the HUGE slow down others experenced with running Firefox (no FFx passwords used - I use LastPass) - that seems to have gone now, but all in all I have lost confidence that BD 2019 is protecting me particularly as I'm now turning off features.

I don't understand how BD can unleash these yearly versions on people without any way of reverting in the case of problems - that's at least two year's in a row of major issues. 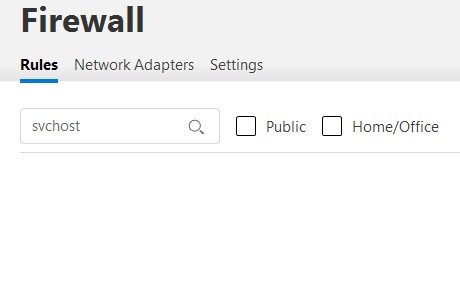 BD really needs to explain what it's doing and be completely obvious and verbose and stop altering my system's natural process without asking.