I've been reporting this since TS 2018 but even now in TS 2020 Auto Update is slow to start. I just installed one of my licenses on a new computer yesterday and this morning it has been at least 30 minutes since the update has been performed. Update Automatically is selected and Update Check Interval is one hour.

BD TS 2020 should auto update in no more than five minutes after a computer is booted in the morning otherwise the system does not have protection against zero day threats.

I advise everybody to check the update times on your systems. You may not be protected either.

Notice in the screenshot no update has been performed in 30 minutes. 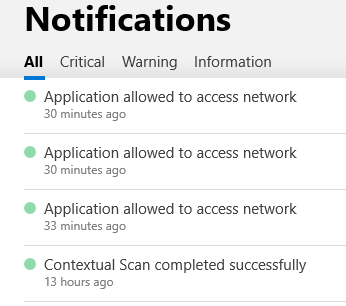 Again I've reported this issue for years. It needs to be fixed. Their response so far was to remove the yellow check mark and red x from the now useless security widget. BD TS 2020 offers some of the best protection in the industry which is why I still use it but it is buggy and becoming a resource hog. I just checked and it's been 36 inutes since "auto" update has been performed. Not acceptable.

Romance Fraudster in UK to Spend 2 Years Behind Bars

A serial romance fraudster was sentenced to 28 months in prison for conning several women out of £20,000.

In this simple guide, we look at five basic cybersecurity hygiene practices every Mac user should read, and use,in 2022.