100% hard disk usage when update bitdefender every time, and have laggy experience

how to solve the problem? is bug? 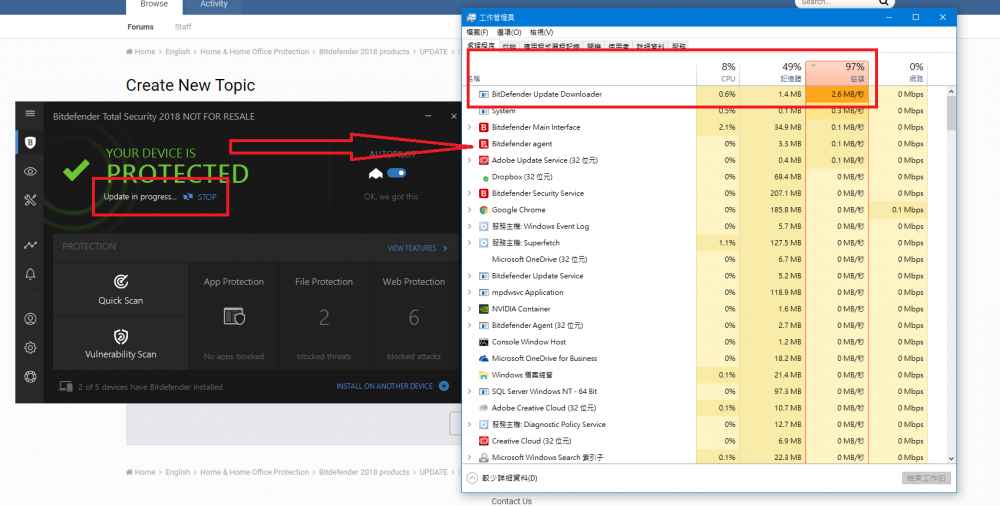