During yesterday (April 28th, Wednesday gmt+1) I was in a digital seminar pretty much all day when Bitdefender all of a sudden forced an update on me. And I have it set to update only once a week on Sundays. So this was quite inconvenient.

This update resulted in a Blue Screen Of Death and I had to restart the PC. Luckily there was no issue starting my PC again and reconnecting to the seminar, though I did miss a part of it because of this.

However, My questions are: How Do I know if this update was successful or not? The application hasn't notified me of anything else since then. And how do I prevent it from forcing updates middle of the week?

Thank you for you time!

I got an notification just now (few hour later) saying its updating again. And I opened up the application to take a look and it says my update has failed. I pressed retry and it failed again at 98%. (Se images) Does anyone know what the issue here is?

I have another digital seminar in less than 30 min and I don't want another 'inconvenience'. 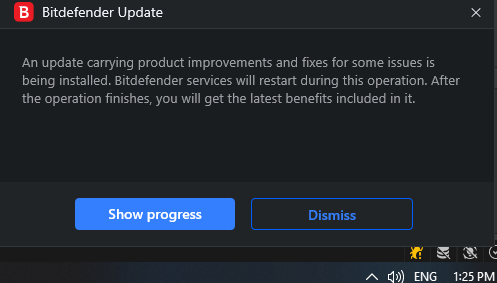 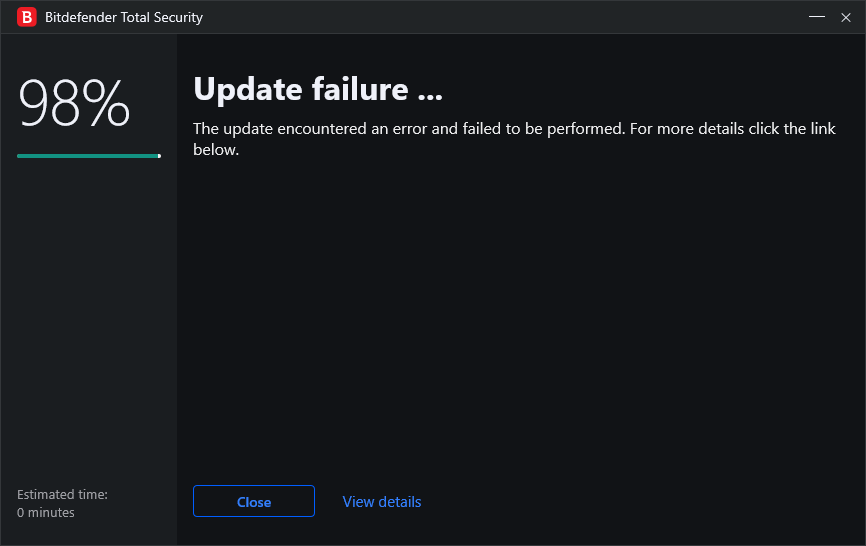 (I obviously have an internet connection)