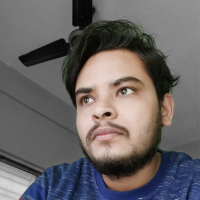 We came to know that, there is an emergence of a sophisticated malware called Blackrock, which is based on the leaked source code of the Xeres malware. And it can steal credentials such as usernames and passwords from 226 apps, including PayPal, Amazon, eBay, Gmail, Google Pay, Uber, Yahoo Mail, Amazon and Netflix, among others. In addition, the malware steals credit-card numbers from an additional 111 apps, including Facebook Messenger, Google Hangouts, Instagram, PlayStation, Reddit, Stype, TikTok, Twitter, WhatsApp and YouTube.

The worst part of this malware is that, it is so powerful that it makes antivirus applications useless. “The Trojan will redirect the victim to the HOME screen of the device if the victims tries to start or use antivirus software as per a specific list including Avast, AVG, Bitdefender, ESET, Symantec, Trend Micro, Kaspersky, McAfee, Avira, and even applications to clean Android devices, such as TotalCommander, SD Maid or Superb Cleaner.

Could you please have a check with your AV Threat Intelligence team, and let me know the progress towards safeguarding my device towards this malware.