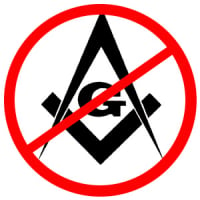 FlyBot791 ✭
June 2 edited June 2 in Web protection
Is this something you can help me resolve? I have an Orbi RBR20 router with one RBW30 Satellite. I am also using a Netgear Prosafe GS108E Managed Switch that has been a PIA since day one as far as accessing websites goes. My router log files show the following which eventually makes accessing certain websites impossible:
[DoS Attack: SYN/ACK Scan] from source: 192.186.216.228, port 443, Tuesday, June 01, 2021 20:04:28
[DoS Attack: SYN/ACK Scan] from source: 151.101.65.195, port 80, Tuesday, June 01, 2021 19:59:48
[DoS Attack: SYN/ACK Scan] from source: 210.89.173.49, port 10001, Tuesday, June 01, 2021 19:56:21
Removed switch and direct connected Linux system to router. Router Log file still shows attacks coming in regularly. Factory reset router and still getting attacked. All computer systems are running BitDefender Armor and are clean. Somebody clearly doesn't want me on the internet. You know, the people who own and control the mainstream media, who spew lies about COVID and pursue this covert mass genocide and depopulation event with lethal vaccine ingredients. They don't want me mentioning the fact that people are going to start dropping dead by the thousands between now and the next 10 years, as numbskulls don't do their research before getting the Mark of the Beast..(Luciferase aka Lucifer Race) and get the facts about this Luciferian Satanic Blood Ritual...COVID-AI. It's time to put these Luciferian sociopaths out of business. I'm just trying to cover all bases here by asking "how many Illuminati members are on the BitDefender board of directors, if any? It's a valid question and I mean no disrespect by asking it. It does deserve an answer though. Americans should no longer be shopping at locations owned and controlled by Luciferian Illuminati Freemasons, Zionists, Nazis, Communists, and Eugenicists. The human race is at war with an unseen demonic force and winning this war will be impossible if we can't emphasize the danger we are in to all people who are complicit in helping the Deep State (Swiss Octagon) commit crimes against humanity with the help of cowards, order followers, sissies, Soy boys, and the dumbed-down radical left.
0