I have been using the "Bitdefender Antivirus Free", in a Win10-64bit system.

My tormenting issue started when, for 3 consecutive days, I got the "Failed to activate protection".

After restarting and rebooting the PC, this problem persisted, and I found no reason or solution to it. Malwarebytes and Windows Defender found no malware of any sort, so I gathered the issue was with Bitdefender itself and tried to reinstall it.

Even after uninstalling it, there is an unreasonable amount of content left behind by the program, which is awful. And it's even worse to consider how much of a headache it is to try deleting these leftover folders.

After suffering to delete 99% of said content, there is ONE single .dll file left behind, called "antimalware_provider64.dll" (original name in properties listed as 'antimalw.dll').

I have tried all and every procedure there is to delete the folder. I managed to beat the 'this file is being used by another program' phase, but now, it keeps insisting I don't have permission (from myself) to delete the folder. Every attempt, even through windows prompt commands - be it to seize full ownership of the file or to delete - always ends up in 'ACCESS DENIED'.

Given that this succession of errors was caused by Bitdefender, I really, really need help with removing this untouchable file from my system.

I've already lost too much time trying to solve something that shouldn't even be an issue to start with, if only the AV didn't leave so much clutter behind, almost purposefully.

Any help or input would be amazingly appreciated - I'm lost. 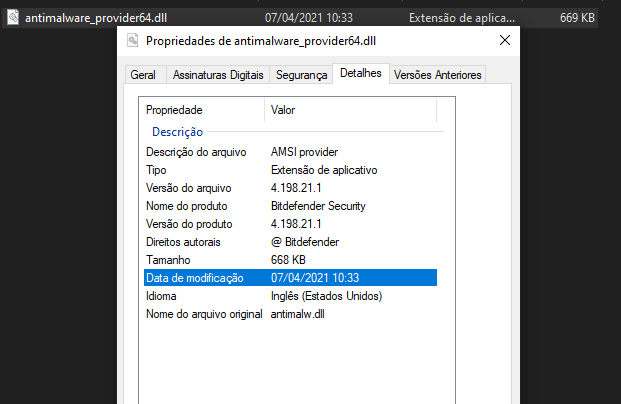