Threat Defense has blocked powershell.exe and conhost, stating that the former is malware. TIA for the help. 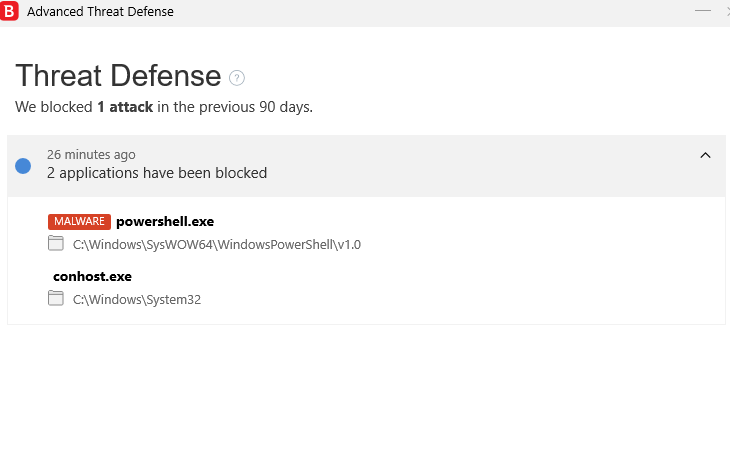