Re: Bitdefender and Malwarebytes

Re: How do I install Bitdefender onto a Samsung tablet via USB from an Imac

Hello @Roy03 , in order to have an android device protected with our solution, installation and synchronization via Google Play Store is required. Otherwise, we are unable to ensure your device's security, thus, we do not have a workaround for this specific situation. 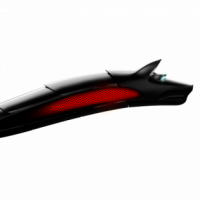 Bitdefender essentially blocks access to XBox live services by stopping a necessary windows service required for XBox connectivity. It's not a nice to have thing, it's a matter of the product preventing access to an application that users depend on for multiplayer capabilities. Hello /index iMessage on PC

Needless to say my subscription is becoming due in another month and I will after 6 years be investigating and research reviews by experts on all products and be moving to a product that is better or equal to BD due to their decision to drop the widget.

And the forced upgrade just kicked in. Now I'm mad. WE WANT THE WIDGET BACK!

I loved the Security Widget - Please bring it back!!!

I read your response very carefully (and I think everyone who cares about this feature should) because of the following simple points:

Oh well... the pattern and direction of BD Total Security changes isn't heading in the right direction in my opinion and the opinions of many users that I assist with their maintenance and whom I've recommended the product to / have been using it for many years now. Your response tells me that this appeal to bring back a feature that we've come to rely on and IS of great use & purpose to many of us is pretty much just going to get swept under the carpet and logic will end up there with it.

If BitDefender is now taking the approach of targeting a high-end product such as Total Security to low-end system users speaks volumes and the writing is now on the proverbial wall. Very sad to see what I've considered a superior product for so many years now showing signs of going the way of inferior products / business models. Major bummer :-(

Re: Please bring back the Security Widget in Total Security

Here, we always wait to the BD widget to show up before touching the mouse or typing anything.....what a disapointement!

We hope the widget (we paid for) will be back before the end of our subscriptions.

Have a nice day

Re: Will you bring back the widget?

Yes, the one has been deleted but we can still change this sign this petition

Also write very often to support to complain about the withdrawal, it can shake things up