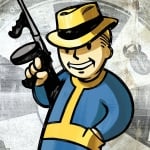 I noticed after running Bitdefender for a while that my boot time was beginning to take a hit so I went to the Event Viewer to check the boot times in the logs. One thing that was causing the time or extra boot time was the Safebox service by bitdefender. First I looked at what it was in BDTS 2013 and it would appear that this is some sort of cloud back up? Is this correct? Anyway, to let it keep running and slowing my boot time seemed to be the wrong thing to do so to try and fix that I found it running in services and switched it from automatic to manual. It was already off on the BD interface so I restarted my machine and re-checked the boot time in the windows logs. Lo and behold the boot time was down to 89 seconds and the warning was gone about the safebox service, so with that said I wanted to make sure that I shouldn't have any repercussions for switching this service to manual. Is this OK to do? So far so good on my end.