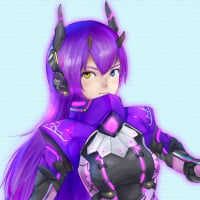 I don't have much experience with Feature Requests to Bitdefender except where i once reported a critical Bug, neither do i know if they things i gonna request might be already implemented to the 2021 Versions since i sit on TS 2020 (v24) myself until it rolls out over the Internal Update Wave.

I am myself someone who uses the "Firewall Notifcation Mode" in order to have a manual Firewall where i get to decide for each single new/changed application if it gets to communicate to the local network or internet, either to cut down telemetry etc. from programs which do not need internet connection to function or in the worst case something malicious slips through and tries to talk to home. The setting is actually more doable as it sounds like once you got past the initial week of having it enabled or have a very clean PC in first place.

However, it seems that automatic profiles (such as Gaming and Work) disable the settting temporarily. The whole thing makes sense to prevent notifications from interrupting someone in games or work, yet especially for that setting that is probably adressed for Power Users, it kinda defeats the purpose of it when having it temporarily "Allow everything" when a Profile is loaded. Not like it should happen often that something completely different tries to connect to the internet for the first time, while you play a game or work on a completely different task.

The whole issue would probably be adressable by having an additional option for "Is affected by Profiles" or giving Profiles itself the ability to enable/disable this setting, or by queue up the notifications until the profile is changed and decline them until then. For now i adressed the issue by disabling automatic profile changes in Bitdefender.

Talking about the Firewall Rules, it would probably come handy when the paths to the executables allowed in the Firewall are showed in the list as well and don't require to manually open each entry and select "Edit Profiles", as well of highlighting paths of no longer existing executables red for fast cleanups of the list. Since Bitdefender already stores the paths but also checks for their existance to display the icons of the .exe files, it should probably be doable.