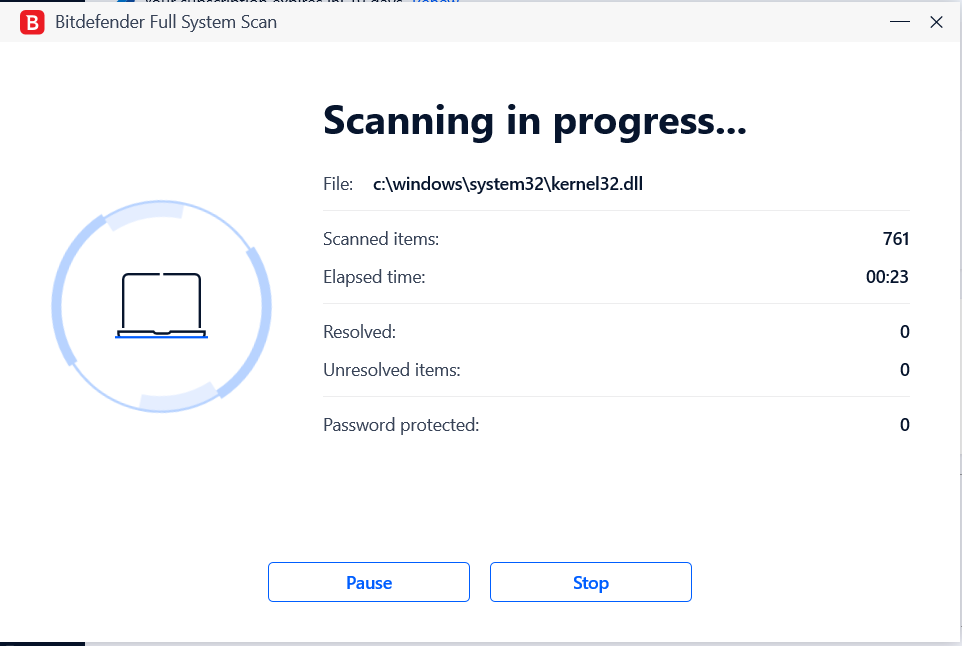 What no percentage Progress???? It's like watching my computer scan into OBLIVION..... 19 more days I have to resub a yearly license and this is what I can expect from Bitdefender 2021? COVID -19 Pandemic and NOW THIS? REALLY?