Trying to install install Bitdefender Antivirus for Mac on my 2015 MacBook Air running MacOS Catalina 10.15.4 and keep getting a dialog box at end of installation saying "The Installation Failed. The iInstaller encountered an error that caused the installation to fail. Contact the software manufacturer for assistance."

Is there a compatibility problem between MacOS Catalina 10.15.4 and Bitdefender Antivirus for Mac? 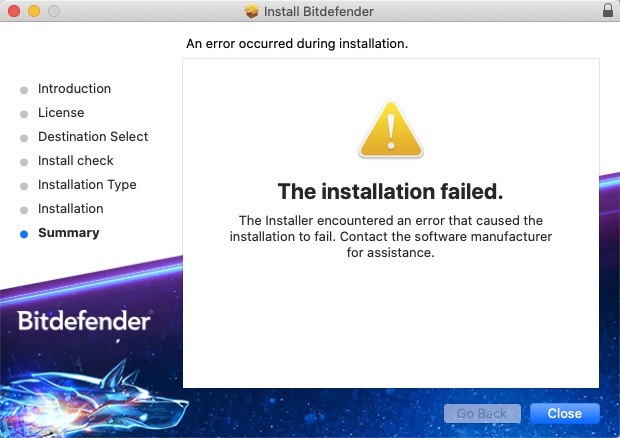