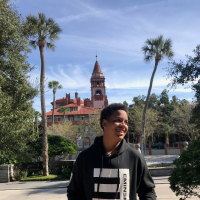 I would like to say Bitdefender has legitimately saved my PC today. My Nvidia GTX 1650 had a driver update, and it wasn't going right. The screen went black and then ended up saying no signal. My PC then actually reboot and after a bit of loading I got a black screen that said "Your security solution is cleaning your device from threats. The cleaning process finished successfully!" Bitdefender has served me for so long and has protected and optimized my PC so many times. I have never had a situation like this that Bitdefender saved my PC from a bad driver. I would like to thank all the developers at Bitdefender for creating such amazing software that I have been using for years now. Thank you so much for saving me so much time and effort it would have took to fix my PC because of one bad driver. You are the best guys. ❤️Bitdefender